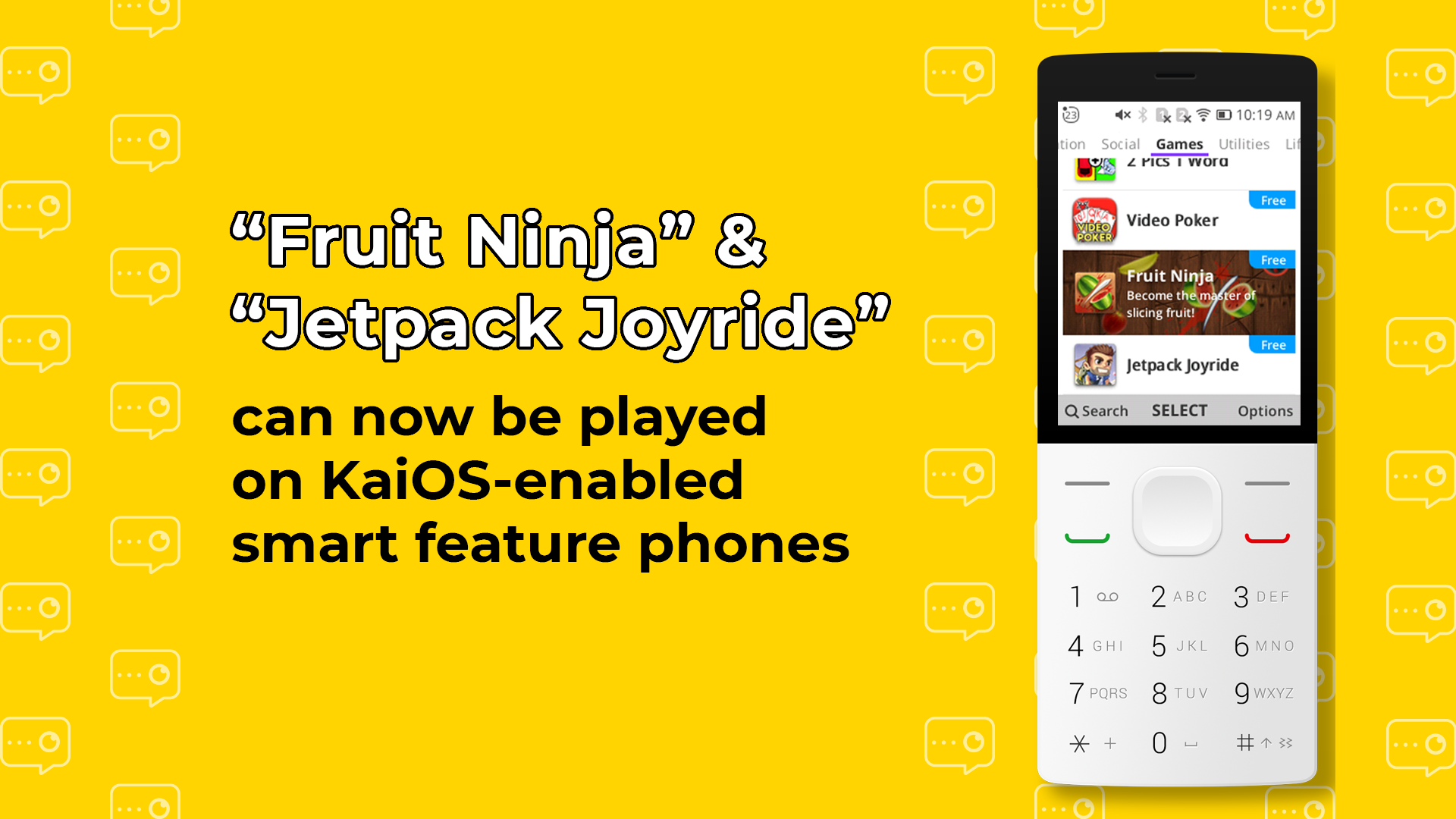 From the beginning of this year, Storms has brought 40 game titles ranging from arcade, action, sports to puzzle and logic genres to the KaiOS ecosystem.

Smart feature phones running on KaiOS are a hybrid of feature phones and smartphones  that require limited memory and are optimised for the non-touch interface. While these phones have a similar look and feel compared to 2G basic phones, they offer smartphone functionalities such as access to the internet, essential apps, and multimedia resources.

Since the first KaiOS-enabled device was introduced to the market in 2017, KaiOS has gained widespread popularity. More than 150 million devices have been shipped worldwide, with their unique mix of capability and affordability that breaks new ground for mobile devices. KaiOS is now the leading mobile operating system for smart feature phones that brings mobile connectivity to underserved communities in over 150 countries.

Sebastien Codeville, CEO of KaiOS Technologies, said, “Storms and KaiOS share the same mission, which is to empower all people – especially the underserved markets – with quality content. We have seen how Storms’ gaming content is being appreciated by KaiOS phone users. Over the last eight months, Storms’ games have been downloaded more than one million times via the KaiStore, with markets such as Pakistan, Nigeria and Tanzania experiencing the highest number of installs.”

Codeville added, “Seeing how arcade games such as Shoot and Fish are topping the list when it comes to game installs, we are thrilled to welcome the well-loved Fruit Ninja and Jetpack Joyride which fall under the same game category to our KaiOS ecosystem.”

Quality gaming experience on smart feature phones made possible
Fruit Ninja is the number one most downloaded iOS gaming app across 141 countries in the Casual category, while Jetpack Joyride was awarded for the Best Action/Arcade game, Best Overall Game on PocketGamer and Apple Design Award during WWDC 2012.

David Yin, CEO of Storms, commented, “While it’s exciting to see how the increasing range of devices and platforms on which games can be played is transforming the gaming industry, we need to be mindful that over three billion people are still left out of the digital revolution. KaiOS is an industry leader that has made the Internet more accessible through light, affordable technology, and we are delighted to partner with them in connecting over 150 million users with 40 game titles across different genres.”

The technology behind the games
Storms worked closely with Halfbrick Studios to specially design the two well-loved game titles for KaiOS devices, taking into account the classic keypad interface of smart feature phones and pared down the 3D graphics into 2D without compromising on user experience. 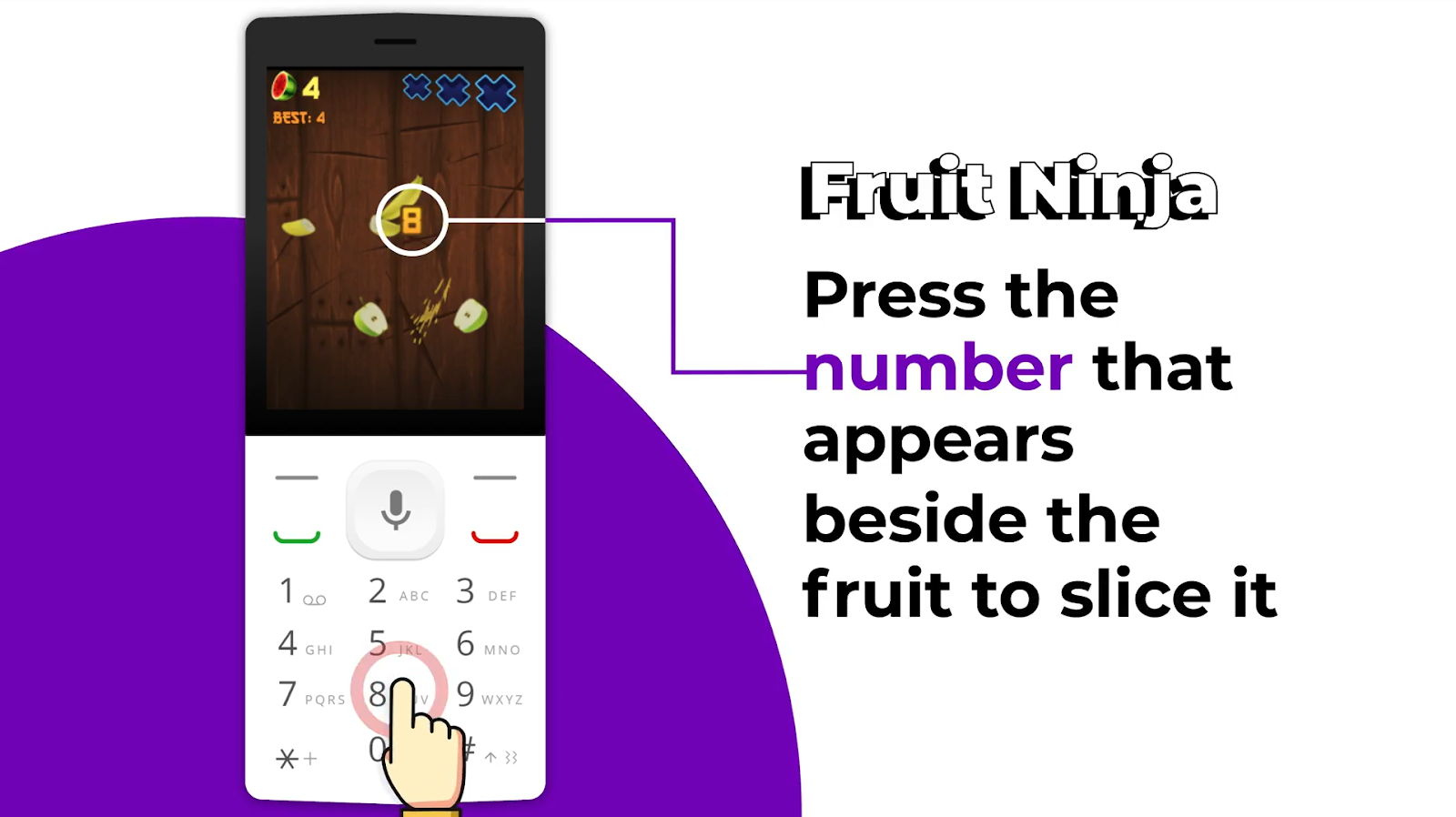 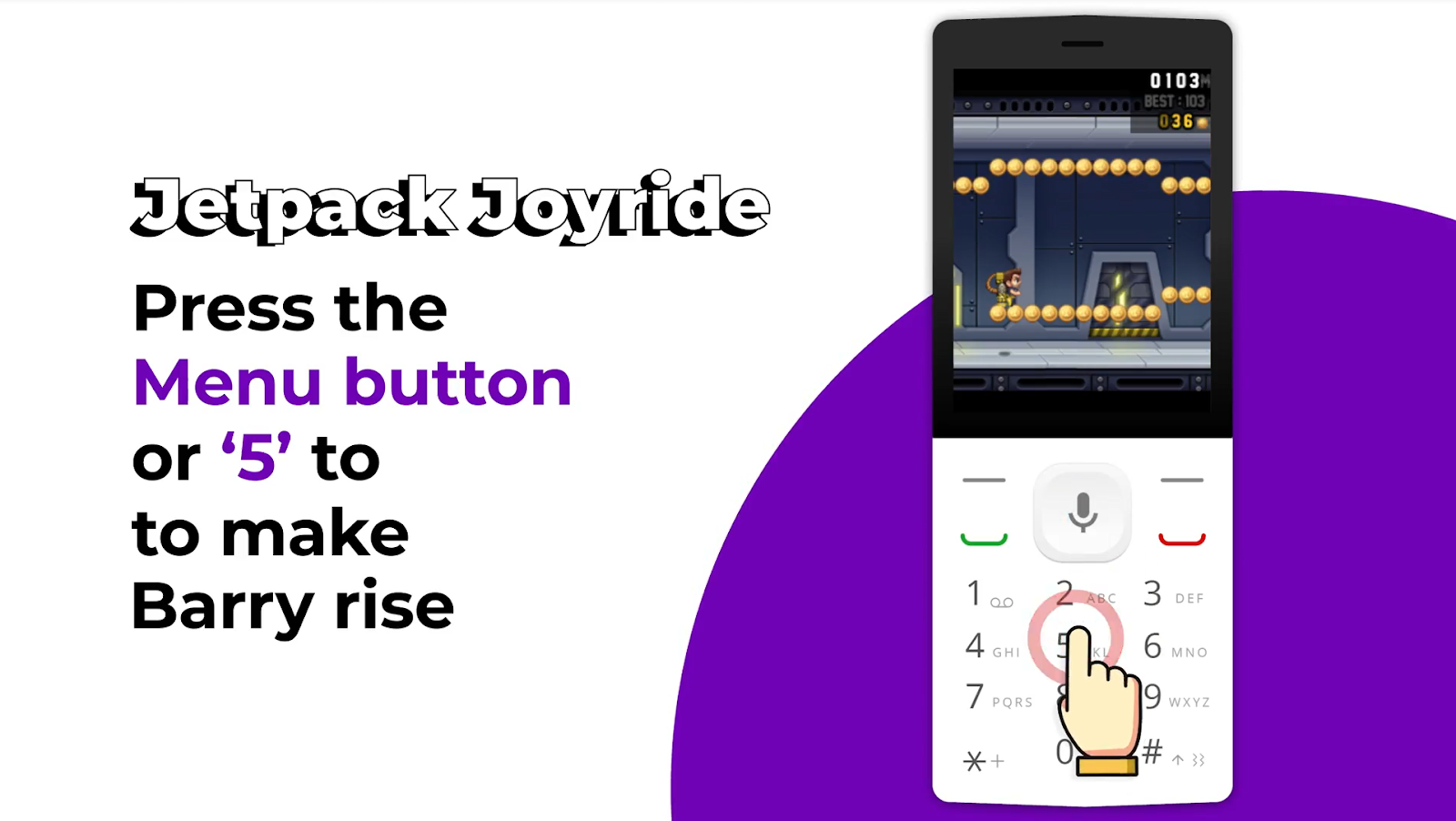 Designed to run on low-spec hardware, KaiOS is a light operating system leveraging open, web-based technologies such as HTML5 to create a rich, intuitive user experience and enable access to essential apps and other internet-based resources. In addition, the open architecture of KaiOS allows developers to easily create apps for KaiOS, reaching a previously untapped audience on smart feature phones.

Fruit Ninja and Jetpack Joyride are now available for download from the KaiStore here and here in more than 150 countries with active KaiOS users.

About Storms Social Instant Games
Storms is a Singapore-based gaming startup invested in by Singtel, AIS, SK Telecom and EDB New Ventures, with a focus on strategic initiatives ranging from social instant-play games to hyper-casual mobile games development and publishing.

About KaiOS Technologies
KaiOS Technologies powers an ecosystem of affordable digital products and services, and exists to empower people around the world through technology. Its flagship product, KaiOS, is the leading mobile operating system for smart feature phones with more than 150 million devices shipped in over 150 countries. Kai’s mission is to open up new possibilities for individuals, organizations, and societies by bringing mobile connectivity to the billions of people without internet in emerging markets, as well as providing those in established markets with an alternative to smartphones. KaiOS is based on HTML5 and other open web technologies. Devices running on the platform require limited memory, while still offering a rich user experience through access to apps like WhatsApp, Facebook, and many more.

For more information about KaiOS, please visit www.kaiostech.com and www.twitter.com/kaiOSTech.