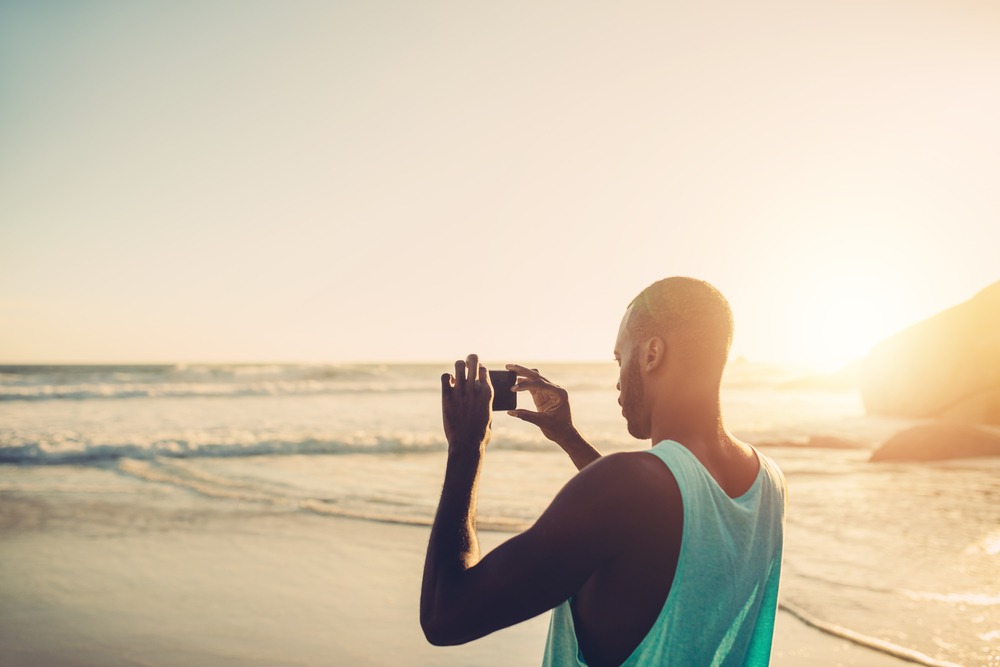 With more than 300 million“dumb” phones in use and 834 million people still unconnected to the internet, Africa is the next frontier for smart feature phones. But even with this vast opportunity, challenges still loom large on this magnificent continent.

Many people believe that Africa is poor. With an average income of $6.6 per day and 36% of the population living in extreme poverty (on less than $1 per day), there is some truth to that. At the same time, many countries on the continent are showing signs of growth. According to the World Bank, Sub-Saharan Africa economies are expected to grow at 3.1% this year, accelerating to 3.7% by 2020.

Zooming in closer—beyond just these macro-level numbers—signs of this progress appear all across the continent. Governments see the importance of technology and are driving policy and capital towards modernizing infrastructure. As a result, homegrown technological innovation is happening and startup hubs are springing up everywhere.

One of the remaining hurdles to fuel this growth is affordable connectivity. As mentioned in the introduction, 834 million people in Africa are still unconnected today. Despite the progress in many areas, several barriers stand in the way of widespread internet access:

Let’s look at these issues in detail.

Network infrastructure in Africa is of notoriously lousy quality. For example, Nigeria’s average mobile download speeds clock in at just 9.87 Mbps, far below those in developed markets —
between 30 to 40 Mbps. While urban areas are starting to see early adopters in 3G and 4G coverage, smaller towns and the rural countryside rely on 2G connectivity. This detail is important because the story of Africa is still a rural story, with 62% of the population living in the countryside.

Luckily this situation is changing. The business case for improving mobile connectivity in rural areas is becoming more evident to carriers, especially since the success of the KaiOS-powered JioPhone in India. As such, network operators are starting to upgrade their infrastructure to 4G/LTE, even outside of the big cities.

In Africa more than anywhere else, device affordability is a crucial barrier to moving people from 2G voice and text-capable phones to 3G/4G devices that can access the internet. According to research from GSMA, the threshold lies at $34. Below that point, even those in the lowest income groups are capable of upgrading to a data-enabled phone.

Until recently this forced people to choose between a feature phone without internet access, or a budget smartphone with limited user experience. Now, with KaiOS-powered smart feature phones coming to market, there is an attractive alternative: a device that is affordable, yet provides a smooth user experience and all the essential capabilities of a smartphone.

Once a user has purchased a phone, there’s still the “cost of ownership” in the form of a monthly data plan that has to be factored in. Most smartphones come with a data plan of at least $10 per month. For someone who can’t afford a $35 phone, such monthly costs are unacceptable.

To reduce the costs of data, KaiOS Technologies works closely with network operators to design new data plans priced between a 2G(voice and text)plan and a full-blown smartphone data plan.

Africa is not Silicon Valley. This observation seems obvious, but it doesn’t get enough thought when you consider how our modern tech productsare developed. While innovation is on the rise in emerging markets, products coming out of Silicon Valley—and to a lesser extent other parts of the USA—still form a disproportionate amount of our tech “intake.”

There is nothing inherently wrong with this. Many of the innovations from this infamous region in California are truly phenomenal and satisfy universal needs. Yet some problems can only be identified and addressed by a local, someone who’s familiar with the culture and lifestyle in a specific region.

There are already great examples of this, like Anitrack(which allows farmers to track their livestock), Asoriba(a church management application for worshippers and religious leaders), and LetiArts(and African gaming studio). But on this p, there is still a gap in Africa, or at least an opportunity to bring the local content that’s already available to a much wider audience. Growing the number of connected users, while simultaneouslysupporting local developers, is what’s needed to bring the digital revolution to everyonein Africa. Financial inclusion needs to improve dramatically to drive the digital revolution in Africa. Without the means to easily make and receive payments, innovation is slowed or even blocked altogether. It also makes the job of poverty reduction difficult as people can’t plan their financial futures and are unable to do the most important thing that leads to prosperity: saving.

Research finds a strong correlation between mobile internet connectivity and financial inclusion—the adoption, usage, and sustainability of financial services. The rise of mobile moneyon smart feature phones can play a central role in extending thereach of formal financial services in Africa, as demonstrated by the success of mobile money services in countries like Tanzania, Uganda, Kenya, and South Africa.

When all the above pieces come together, the smart feature phone becomes a compelling proposition to change the digital landscape in Africa.

The device and monthly data plan are affordable even for those in the lowest income groups. With support for local developers and content—in addition to the global apps that are already available on KaiOS —people will be able to enjoy the fruits of the digital revolution in areas like education, entertainment, business, health, and finance.This means real progress towards closing the digital divide and will impact the lives of millions of people in Africa for the better in the years ahead.

If you have additional questions, don’t forget to check out our Help Center!

Thank you for very enlightening article. As a Kenyan developer I could not help but dream up tens of possible solutions that could be provided to local communities in my rural home via KaiOS devices. I am very excited about this platform and I have already started developing for it(“hello world” haha).
I would love to contribute to this blog by writing for it and also volunteering to edit posts for you. Kindly let me know if this is possible. Thank you.

Hi Joseph! Thanks for your interest in writing articles for our blog. We are extremely happy to know that you are so excited about KaiOS 🙂 You can submit a complete CV and Cover Letter via our contact form: https://www.kaiostech.com.freshdesk.com/support/tickets/new Make sure to select “Working at KaiOS” in order to reach our HR representatives. We are looking forward to your application!

I localize apps into Afrikaans af-ZA and have noticed that there are errors in the translation of the strings for KaiOS system, it causes confusion to users. Please let me know where these strings can be rectified then I can fix it.